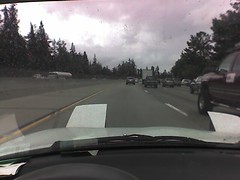 It's bizarre, because you have one to two minutes max (usually less), to convince someone watching your recorded performance that they should hire you.  That's why you can't take it personally.  Because they don't have the time (or desire) to get to know YOU, only to see your interpretation of the character they're casting for.  If you're lucky, your idea will be similar to theirs and the casting agent or casting director will pass you on to the actual person who makes the decision.

But shit, two auditions in a week.  Even I'm impressed with me. :)

Someday I'll actually book something.  But until then, I'm still fucking awesome. :)

me
And I'll be even more awesome after
Collapse