January: I dubbed 2008 "The Year of Me." That went right out the window, and I started right back into the old habits of focusing on other people's projects, and needing outside validation that what I did was valuable. My cousin Jimmy was killed fighting a fire, and I got to feel, first hand, what it's like to be kin to a fallen hero. I acted. I directed. I produced.

February: I tried to launch a failed dinner club, which is all for the best, since I ended up so poor in 2008, doing a fancy dinner every other month would have just made it worse. :) Moron Life launched the long awaited Season 3. Spent time in the recording studio for 3 Days Later, then, the day before my birthday, rented a theater for the day and shot for 12 hours. Made one last trip to the NASA job to sit through the simulation for a Japanese News Network. 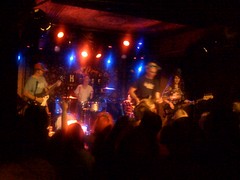 March: Performed in the Bay One Acts up in San Francisco. My car got broken into, and my favorite Leather Jacket was stolen, among other things. $1536 to replace the soft top. Put together my first video reel. Released the teaser for 3 Days Later: Jesus Christ Zombie Lord on Easter Sunday, much to people's a) amusement or b) displeasure, depending on the people in question. Flew to New Orleans thanks to the trip I won from Lonely Planet. Had a great time.

April: Worked for a day at Jamba, because they asked me too. Renewed my Emmy Academy membership. A few auditions in SF. Got "hired" by Skechers to do a photo shoot for an internal publication. 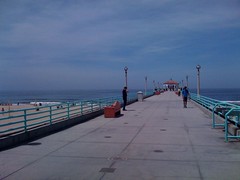 May: Shot the "There Will be Fudd" spoof. Flew to LA for the Skechers shoot. Had a table at SuperCon for Moron Life. Got to interview Wil Wheaton. Got the call about HSM3. 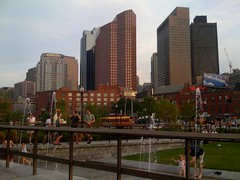 June: Flew to Boston for the Asylum's 10th Anniversary Party. Hung with the Boston Crew, which was totally awesome. Was a casting assistant and extra for High School Musical 3. Almost knocked Vanessa Hudgens down some stairs (whoops). Watched The Middleman premier, and got to interview the show creator, Javier. Went camping at Coyote Lake. In their fastest ever turn around from idea to completed piece, Moron Life responds to the Beverly Hills Chihuahua trailer. Beer Activated Girl is played on the Doctor Demento Show. 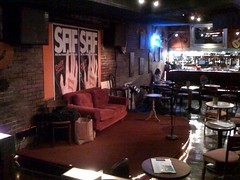 July: Started the 7 weeks of the San Francisco Improv Festival. Experienced Dr. Horrible for the first time. Went to a strip club for the first time ever... to play a cop in an indie film. Published my second book of Photography. Overplayed, one of my song parodies, is linked from the BBC's website. 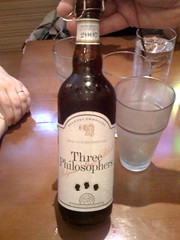 August: Still doing the Festival. Went to my High School Reunion. Actually Enjoyed it! Went to Dragon*Con. Met The Tabz, The Kim, The Emma, The Cliss, BrianMary (they are inseparable) and a bunch more AMAZING people.

September: House sat for Shaun up in SF. Was invited to join the Un-Scripted ensemble. Shot the first two Anti-Prop 8 spots. Was mentioned in an article in Portland Magazine about a practical joke I was a part of (for 10 years). Shot the video application for The Pocket Paradox. 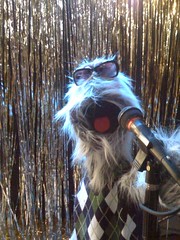 October: Launched http://Stanley.CrazyAweso.me Shot a video for the Lounge version of Freeze Ray from Dr. Horrible with Stanley. Went to Janice and JD's wedding in Solvang... brought Stanley. Shot the rest of the Anti-Prop 8 PSAs. Started rehearsals for The Great Puppet Bollywood Extravaganza. December: More Puppets!! Banquet season at the restaurant was the pits. Recognized from BOA show from back in March. Home for Christmas. SPORE! Electric Windows for car. Replacement Leather Coat. Dog sitting. Dishonorable Mention for The Pocket Paradox on the Dr. Horrible DVD. Christmas Videos for Stanley. Voted on the Emmys for the first time. Worked New Year's Eve...

me
Tired of typing

Yoinked from my MOM no less!!