So my friend Alan has posted some interesting opinions on the whole Murphy-Goode saga. I don't necessarily agree with everything he says, but what I find absolutely hysterical is this reply to one of his posts:

Who the hell are you? I read your profile and I still dont [sic] know who you are. After reading it, I care even less. Nice job trying to catch a piece of the Martin Sargent wave - the only reason I found this crappy blog is because I have a Google alert set to Martin's name. Go ahead and blame him for being a "whiner" while you write blogs with his name in them to draw attention to yourself. The guy is an entertainer. Get over yourself loser.

The part I love most is "Anonymous said 'Who the hell are you?'" Quick, someone put on Alanis Morisette's "Ironic" before I stop laughing!!

And really dude? A Martin Sargent Google alert? Get a hobby. ;) And don't be telling people what they can and can't blog about. It's the Internet, and you are not one of its police force. Dropping Martin Sargent's name into a blog post isn't going to generate traffic for said blog, except from people who need to get hobbies. Martin Sargent.

Seriously, this whole MG/MS blowup is shining a bright light on how Un-Social Social Media really is. Martin Sargent.

I've been refraining from weighing in on the whole Martin Sargent thing publicly, because I really do like Martin-- I've been a fan since the TechTV days. I actually feel a little bad for him, because looking at this debacle from the perspective of someone who has (and will continue) to cast and hire people for video work, because of the way his fans have been acting I'm betting a lot of producers will be hesitant to even audition him for fear of backlash if he doesn't get the gig.

Oh well, what can you do except drop Martin Sargent into the post a few more times to be sure that Google Alert trips?

ETA: Also, the comment is even funnier if you read it in Chris Crocker voice.... "LEAVE MARTIN ALONE!!" 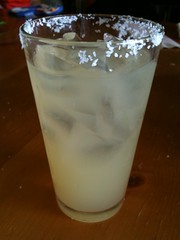