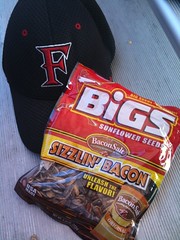 Sent from my iFone...

One of the things that I didn't talk about much during FAILgust, and September was the fact that my Aunt E was diagnosed with Pancreatic Cancer.

That's why I was making the repeated trips down to Santa Maria-- to help get her house packed up and sorted for her move to stay with her daughter. Other bizarre circumstances made it a more complicated task than would normally be encountered, but we did it because it was Aunt E, and it needed to be done.

Friday evening, Aunt E stopped being responsive and rested peacefully until we lost her this morning about 10:30.

Two months may not seem like a really long time, but when you're facing the inevitable, it seems both way too short, and way too long simultaneously. Too much to do, and not enough time to say goodbye.

So here are my memories of Aunt E, because of all the people I know, she is on the list of those who must be celebrated:

My earliest memories of E were when she came to visit us when we were still living in Maine. This is a place where alot of my earliest memories are from, and yet I'm not sure where this place was, precisely. The things I distinctly remember, though, are getting our kitten Madame Grey there, hearing my name said by the lady with the Magic Mirror on Romper Room, and Aunt E and Cousin T coming to visit.

When we moved to California, my sister and I stayed with Aunt E while mom and dad made a trip to LA to finalize things with the rental house. Since I could remember, Aunt E has always had Basset Hounds, and I can never see one without thinking of her (and like will never be able to, either).

They say behavior is learned, but I disagree. Some of it has to be genetic. How else can you explain the similarities between me and my nephews, and between me and Aunt E? We're both huge Sci-Fi geeks (hence this post's title), avid readers, and lovers of history. Aunt E once met Patrick Stewart at a fundraiser for Shakespearian Theater somehere in Santa Barbara, I think. She asked if she could have an autograph, and when he said yes, she produced three Star Trek trading cards. He sighed and said, "ALL Star Trek?" Her reply was, "Hey, I'm a local politician who creates jobs for people so they can patronize your shows." He laughed, said "Quite right." and happily signed the cards. She gave one to me.

We're both also collectors, and her Trek collection far surpasses mine. FAR FAR surpasses. This should amaze those of you who knew me in college and actually SAW mine. Aunt E was the only person I knew who could wear a silver lame' shirt, jeans, cowboy boots and 3 pounds of turquoise, and not stand out. It was just... right for her and her personality.

There was a period of time in college when Aunt E and I talked on the phone every couple weeks. I'm not really sure how it all started, to be honest. But the summer after a particularly horrible breakup, E knew I was hurting and just needed to get away from State College, so she offered to fly me home on the condition that I spent a week with her helping her with her computers. I readily accepted. Flew into Santa Barbara, spent a week working on her computers, and I also put together a shed for her that's still behind her house...

After the week, she lent me one of her cars, and I drove home to visit my parents. It should have been an 8 hour drive, but I decided to take 101 up, instead of 5, forgetting that the 101 bypass around SF no longer existed, and I found myself in downtown San Francisco (not to far from where I now live) in insane traffic at noon on a Friday. At this point in my life, I had a near debilitating phobia about driving in big cities, and there I was, on Van Ness in the middle of a beautiful summer day, white knuckle gripping the steering wheel. I thought to myself that I could either pull over and wait until night fall to continue, or I could just get the hell over it.

I got the hell over it, decided to take route 1 up the coast to Fort Bragg and cut over, and my 8 hour trip became a 15 hour soul cleanse.

I've never had trouble driving in a city since. A few years ago, after I'd moved back to CA, we were talking on the phone again, and she was asking how things were going. I listed off all of the creative projects I was working on. Then she asked, "And how many of those projects are you getting paid for?" I laughed and told her, "None." To which she laughed and replied, "Jesus Christ, you're so much like your father. No wonder your mother loves you so much."

At the end of July of this year, while driving back from LA, I stopped at Aunt E's and had lunch with her and Uncle Roy. She was sleeping in a swivel chair in the kitchen with her dog, Hooch, who had just had surgery. She wanted to stay down stairs with him in case he needed anything in the night, since he couldn't make it up the stairs to the bedroom. I didn't know then that two weeks later I'd see her for the last time.

Okay, my jaw hurts now from clenching it to keep from crying as I wrote all this.

Aunt E, you are, and always will be the best. Swift journey. I love you.

me
Your very sad nephew
Collapse